The Government in California, other states governing bodies and the ACLU are working hard to "own" our 8th amendment right to bail.

Rights apply to all races, rich or poor. We own our rights. If the Government owns a right it is then a privilege that can be manipulated, changed and rescinded as they see fit. If our Right to bail is replaced by bail reform the government is taking control of our right. Law abiding citizens become slaves of the government. Citizens and victims of crimes will now have to pay for this perceived privilege in the form of excessive debt and taxes. Bail Reform taxes ensure suspects don't have to pay for bail as we have paid it for them in advance. It will fund private attorneys for suspects, pay for a new pre-trial system, cover all court costs, warrants and fugitive recovery cost. Jerry Brown and our Senators have determined it is unfair to burden a criminal with these expenses. It switches bail cost, liability and responsibility from the suspect and bondsman to everyday citizens, while also putting them in harms way. The complete opposite of "our right"

If  Bail Reform Passes it requires the immediate release of criminals and gang members currently in jail. Moving forward it forces judges to quick release suspects within hours. "We the people" have already posted their bail.

What is important to know about your rights at this point is our Supreme Court has determined victims have"no right" to expect the police to protect you from crime! Incredible as it may seem, the courts have ruled that the police are not obligated to even respond to your calls for help, even in life threatening situations! 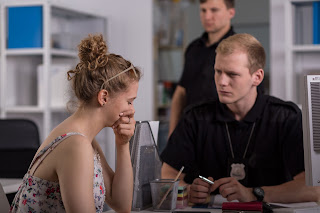 Bail Reform will not come to a public vote. If it did, it would have zero chance of passing. The Senate, Gov. Jerry Brown, Senators and the ACLU are pushing this this behind closed doors claiming the issue is that bail bondsman are making bail un-affordable.

This fight should be against the California Government for violating the 8th amendment, not Bail Bondsman. Only the Government and courts control bail amount, fines, and punishment. Bail Bondsman are facilitators that prevent an accused person from being held at a fraction of the actual bail amount. The Gov. has it's spin masters(ACLU) hard at work blaming excessive bail cost on Bondsman who have no control over set bail from a judge.

What the spin masters want you to think.


1. Only Poor People Are In Jail, Because they Can't afford Bail

FALSE:  Poor people don't commit crimes, criminals do. Poverty is not a crime, stealing, abusing and molesting are crimes and low income families are equally victimized. 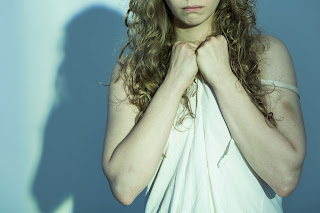 TRUE:  If bail reform passes most criminals will likely return to poor communities further damaging that community's infrastructure and culture.  Their rights and expectations of protection will be nearly eliminated. They will become faceless victims of crimes that will go unreported. Why? In poor, or gang controlled neighborhoods, assailants typically know where their victims live. Under Bail Reform, their assailant will be out in a few hours. The repercussions of reporting a crime will likely be worse than the tragedy they just experienced.  Assault, theft, breaking and entering, drug dealing, possession, and many forms of rape, child pornography and an excessive list of other crimes will go unreported by victims.  Under Bail Reform the assailant has no equity in the game, no reason to appear in court, and no bail bondsman to enforce a no show or fugitive recovery. It's no cost crime. Poor communities won't stand much of a chance.

2. It Cost To Much Money To Hold Criminals In Jail

Not True: Running a jail has a set budget that is paid by the state regardless of the amount of people in jail. 90%+ of the cost of running a jail is State Employees, Pensions for those employees, electricity, vehicles, property taxes, property purchases  or land leases, Insurance-Workers comp, health, liability etc. Uniforms, weapons, security systems, technology and public defenders. Regardless if there are 100 or 1,000 or more criminals being held, the cost to the state and tax payers remains the same. The cost to feed a prisoner is minimal.

There are more bold stats and statements on the ACLU site we will address another time. This is about Rights. Which in the above stated would be

Under our current system we do not have to pay for our 8th Amendment Right
That right is protected by our constitution and enforced by Bail Bond Companies. 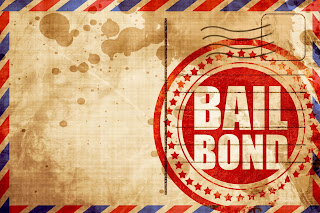 With an average bail amount of $34,000, we can roughly estimate that bail companies currently forfeit around $172,278,810 per year to California counties. The actual figure likely exceeds $250,000,000 paid to our county justice systems – this is a staggering number. If Bail reform passes this burden will be transferred to the California taxpayer. Californians will have the privilege to fund immediate criminal release, and pay additional taxes to put a system in place that will exceed $250,000,000.

Writers at the NY Times, Sacramento Bee, Pasadena Star News and others that are in support of forfeiting our rights or just trying to sell papers argue that only 2 countries allow for the right to cash bail. The US and The Philippines. What they fail to point out is that countries that do not offer cash bail, imprison or punish, most times without an opportunity to speak with an attorney. They have excessive fines and harsh punishment. If you are arrested in the Middle East, Russia, China, Japan, Mexico, Brazil, South America in general, Africa, any 3rd world country, and most others countries you may find yourself in a bind, whether you believe in God or not, you will be praying for your right to bail!


Bail is our unalienable right. 8th amendment of the US Constitution

Bail Reform Is Insurance For Criminals... Except We Pay For It