Salesmanship is key with Bail Reform. Assemblyman Rob Bonta and Senator Robert Hertzberg  marketing slogan is "Poverty is not a crime."  As they tote around minority children holding signs echoing their slogan. SB 10, if passed, will release approximately a hundred thousand suspects currently in jail awaiting trial. When they are released they will flood the impoverished neighborhoods where these good hearted children live making them the next victims of the democratic party. Clearly not helping the poor communities, just the suspects that prey upon them.

Bail reform protects the bottom line of organized crime, human traffickers and  gangs that take advantage of the most vulnerable. What better way to increase profits than not having to pay for committing a crime, then having your staff back in action without interruption. This is a key factor with bail reform. They want you to be able to return to your job; albeit your job is slinging heroin .  Yes, Bail reform applies to the local heroin dealer that sells to minors; car jackers, the burglar that just stole everything from your home; the pedophile arrested in your neighborhood; and child pornographers.
Bail Reform covers  these criminals under the mask of "Poverty is not a crime". These people are not poor. They are well funded by their crimes. The advocates of this bill would have us believe that poor people commit these crimes. Poor people don't commit crimes. Criminals commit crimes. Poverty is not a crime--stealing, abusing and molesting are crimes and low income families are equally victimized by these criminals.
If you take a moment to read Assemblyman Rob Bonta'sstatement for Bail Reform  he compares Bail Reform to universal healthcare, EP,  education and housing affordability. His goal seems to be to make crime affordable for everyone in California.

5/22/17 Assembly appropriations committee concluded Bail Reform would cost CA. hundreds of millions of taxpayer dollars for pretrial services and tens to hundreds of millions for court appointed attorneys to defend cases http://bit.ly/2pH9QwB  .The  current bail system prevents this.
What is our recourse as California leaders  post to FB and twitter how happy they are bail reform is "gaining steam." Who will stop this train wreck? It has to be us. The law abiding citizens. Call or write you politician and Support private Bail Bond companies.

One of the companies engulfed in this battle is LipstickBail Bonds they provide Bail Bonds in Santa Ana, CA. as well as Bail Bonds in Orange County, LA and throughout California. They are currently working with Dog the Bounty Hunter out of Hawaii and other California bail agencies.  California has a private bail system. Bail bond companies  incur all the cost,  risk and fugitive recovery. Teresa Golt of Lipstick Bail Bonds explained the real numbers that you pay for bail. "Typically bonds go for as low as 7% of the total with very little or nothing as a deposit. Bail agents do not charge interest. Payments are determined by what a family or individual can pay and negotiated with the bondsman and most times run longer than a year. The 10% number toted by Bail reform is the maximum allowed and rarely ever negotiated."  It is the Gov. and Judges that set bail cost so high not bail bond companies.

How much is bail? You can pick your crime here

The bottom line is that there is no accountability  under this law for criminals to show up in court or for law enforcement to bring them in. It solves nothing, it emboldens criminals, and it puts all citizens and law enforcement at much greater risk. 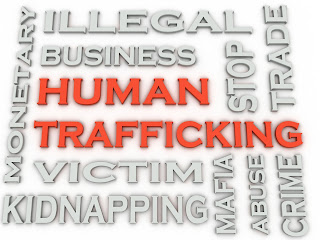